Artificial intelligence in news media is being used in many new ways, from speeding up research to accumulating and cross-referencing data and beyond.
You might be wondering: how AI does something as complex as writing the news?

AI writes the news by sifting through huge amounts of data, and finding the useful data by categorizing them. The AI tool then uses this data to train itself to imitate human writers. In addition to that it also helps human reporters avoid grunt work such-as tracking the score or updating a breaking news.
Automated Journalism is everywhere from Google News, to Facebook’s fake news checker, in addition to that there are AI tools used  by major publications: Narrative Science’s Quill: It puts together reports and stories just based off of raw data.  The kicker is that a study was done and most people couldn’t tell the difference between articles written by software or real journalists. 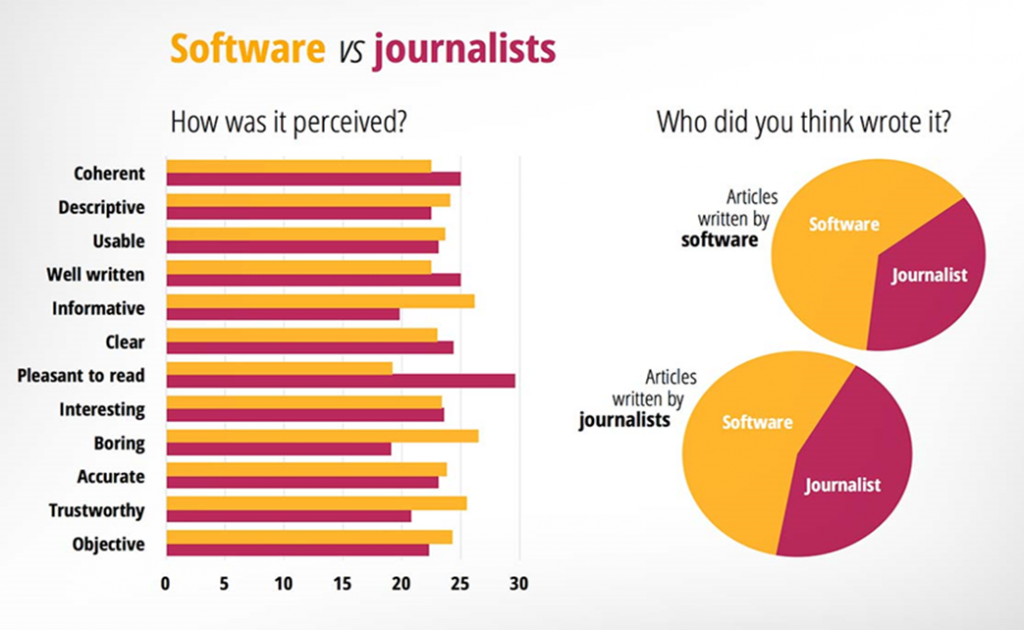 The news industry is predicting that 90% of the articles are going to be written by AI within the next 10-15 years. The industry is going through a huge push towards automated news generation because of the huge amounts of data we are amassing.

While some of us might be scared about machines taking over and influencing our minds, the reality couldn’t be far from it. These AI tools can only write fact-based articles which are much closer to a computer reading a bunch of facts to you than a qualitative article written by a real journalist. These tools don’t have the power to sway most people, and checks are being made to make sure these tools aren’t used to spread “fake news”.