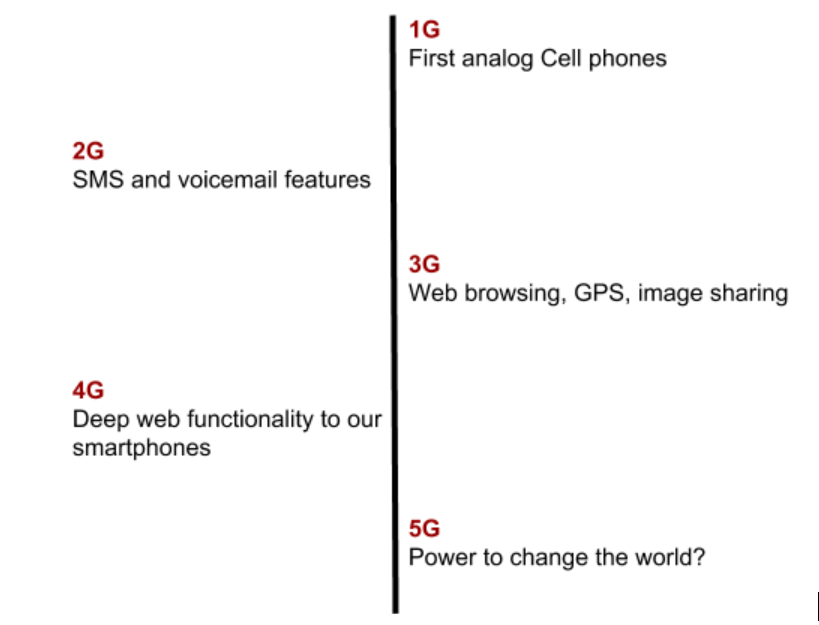 Most phones of today likely support 4G and so the high speeds you enjoy are powered by 4G network on your smartphones. 5G will provide an even greater speed boost. Statistically, the average 4G speed is about 16.9 megabits per second (Mbps), according to Open Signal. 5G promises to deliver Gigabit speeds (>1Gbps). This incremental innovation will likely allow its users to stream not only HD but 4K HDR and much more with ease, all thanks to its speed.

Even though speed is a great part of 5G, 5G is not all about speed. This new technology also induces a change in the number of cell sites that are required for coverage and the number of devices that can connect to a single cell sight. With technological advances, the number of devices owned by a person also increases. Furthermore, with radical technological changes in cars (like self-driven cars), they too need connectivity to the network. Due to this fact, more devices need connectivity in smaller regions. 5G cell sites will be able to cover the connectivity of more devices to the network in a small area. However, to provide high speed to several devices, there needs to be more number of 5G cell sites.

A current issue with today’s network is latency. Latency is defined as “the delay before a transfer of data begins following an instruction for its transfer”. One of the goals of 5G is to reduce the latency. Reduced latency can provide an improved experience for gamers and in virtual reality. Furthermore, latency becomes a very important factor in the automotive industry. In the future, it is possible the cars communicate with each other based on 5G network and these conversations can prevent crashes when such technologies are incorporated in the crash-avoidance systems. The reduced latency and be very effective in preventing accidents in car crashes especially with the upcoming technology of self-driven cars.