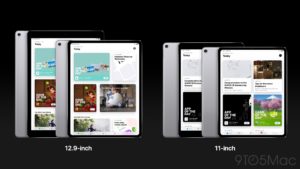 Today Apple sent out invitations for an event on October 30th in New York City. The event, titled “There’s more in the Making”, hints at a creative and pro focused event, which is further suggested by the event being hosted at the Howard Gilman Opera House. There are several rumored devices that will be launched at this event

The headline product that is rumored to be announced will be an update to the iPad Pro line. The line, which is made up of two models, is rumored to gain many of the features from the iPhone X line of phones. This includes smaller bezels and FaceID to replace the fingerprint reader. The devices are also said to switch over from their proprietary Lightning connector in favor of the more standard USB-C. This will also allow the iPad to connect to external display and other accessories much more easily. The iPad and the iPhone are some of the only devices in the industry that haven’t switched over to USB-C. This transition will help the industry converge on a single port type.

There are also rumored to be new Mac’s at this event. The Mac mini hasn’t been updated in over 4 years and is overly due for a refresh. The new minis are rumored to be smaller and more aimed at the pro market. This makes sense given the overall theme of the event. Apple is also rumored to be introducing a new low end Mac laptop at around the $1000 price point. This will replace the aging MacBook Air that Apple is still selling. This is by far Apple’s highest volume price range, so it’s important to have a modern, compelling option.

Is there anything else that Apple will announce next week? What are your predictions?