Getting your tech wet is often one of the most common things that people tend to worry about when it comes to their devices. Rightfully so; water damage is often excluded from manufacturer warranties, can permanently ruin technology under the right circumstances, and is one of the easiest things to do to a device without realizing it.

What if I told you that water, in general, is one of the easiest and least-likely things to ruin your device, if reacted to properly?

Don’t get me wrong; water damage is no laughing matter. It’s the second most common reason that tech ends up kicking the bucket, the most common being drops (but not for the reason you might think). While water can quite easily ruin a device within minutes, most, if not all of its harm can be prevented if one follows the proper steps when a device does end up getting wet.

My goal with this article is to highlight why water damage isn’t as bad as it sounds, and most importantly, how to react properly when your shiny new device ends up the victim to either a spill… or an unfortunate swan dive into a toilet.

Water is, in its purest form, is pretty awful at conducting electricity. However, because most of the water that we encounter on a daily basis is chock-full of dissolved ions, it’s conductive enough to cause serious damage to technology if not addressed properly.

If left alone, the conductive ions in the water will bridge together several points on your device, potentially allowing for harmful bursts of electricity to be sent places which would result in the death of your device.

While that does sound bad, here’s one thing about water damage that you need to understand: you can effectively submerge a turned-off device in water, and as long as you fully dry the whole thing before turning it on again, there’s almost no chance that the water will cause any serious harm. 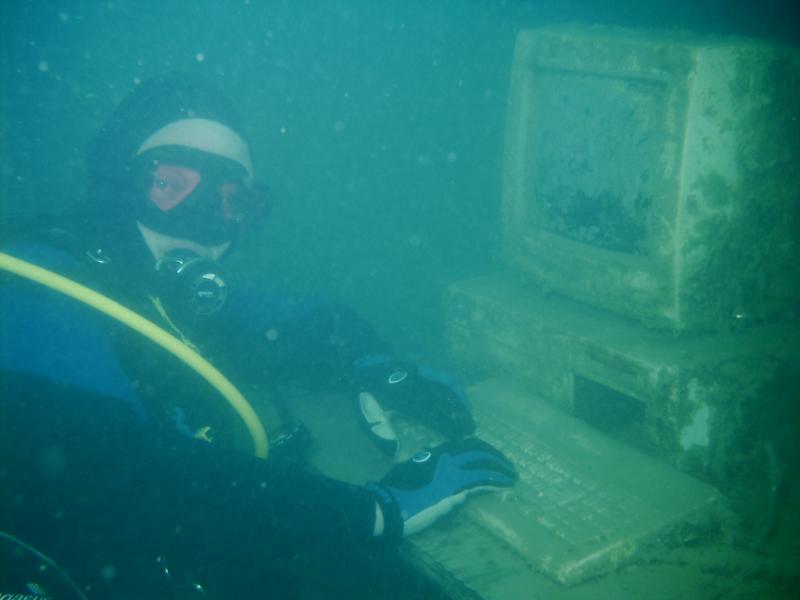 You need to react fast, but right. The worst thing you can do to your device once it gets wet is try to turn it on or ‘see if it still works’. The very moment that a significant amount of water gets on your device, your first instinct should be to fully power off the device, and once it’s off, disconnect the battery if it features a removable one.

As long as the device is off, it’s very unlikely that the water will be able to do anything significant, even less so if you unplug the battery. The amount of time you have to turn off your device before the water does any real damage is, honestly, complete luck. It depends on where the water seeps in, how conductive it was, and how the electricity short circuited itself if a short did occur. Remember, short circuits are not innately harmful, it’s just a matter of what ends up getting shocked.

Once your device is off, your best chance for success is to be as thorough as you possibly can when drying it. Dry any visible water off the device, and try to let it sit out in front of a fan or something similar for at least 24 hours (though please don’t put it near a heater).

Rice is also great at drying your devices, especially smaller ones. Simply submerge the device in (unseasoned!) rice, and leave it again for at least 24 hours before attempting to power it on. Since rice is so great at absorbing liquids, it helps to pull out as much water as possible. If the device in question is a laptop or desktop computer, bringing it down to us at the IT User Services Help Center in Lederle A109 is an important option to consider. We can take the computer back into the repair center and take it apart, making sure that everything is as dry as possible so we can see if it’s still functional. If the water did end up killing something in the device, we can also hopefully replace whatever component ended up getting fried.

Overall, there are three main points to be taken from this article:

Number one, spills are not death sentences for technology. As long as you follow the right procedures, making sure to immediately power off the device and not attempt to turn it back on until it’s thoroughly dried, it’s highly likely that a spill won’t result in any damage at all.

Number two is that, when it comes to water damage, speed is your best friend. The single biggest thing to keep in mind is that, the faster you get the device turned off and the battery disconnected, the faster it will be safe from short circuiting itself.

Lastly, and a step that many of us forget about when it comes to stuff like this; take your time. A powered off device that was submerged in water has an really good chance at being usable again, but that chance goes out the window if you try to turn it on too early. I’d suggest that for smartphones and tablets, at the very least, they should get a thorough air drying followed by at least 24 hours in rice. For laptops and desktops, however, your best bet is to either open it up yourself, or bring it down the Help Center so we can open it up and make sure it’s thoroughly dry. You have all the time in the world to dry it off, so don’t ruin your shot at fixing it by testing it too early.

I hope this article has helped you understand why not to be afraid of spills, and what to do if one happens. By following the procedures I outlined above, and with a little bit of luck, it’s very likely that any waterlogged device you end up with could survive it’s unfortunate dip.