Do you feel that Windows no longer respects your privacy? Or do you feel that Macs are too expensive? Linux might be just right for you then! Linux is an open source operating system. Although it has been around for some time now, it is slowly gaining more popularity. While Linux is often seen as the geeky computer nerd operating system, it can be perfect for average users too. Linux is all about allowing user customization and giving fine system control to the user.

One of the greatest things about Linux is that it is completely free. Unlike Windows or macOS, you don’t need to pay anything in order to use it. As the latest version of Windows or macOS slowly becomes old, you will eventually need to upgrade them. Sometimes this means purchasing new licensing, which can be a unneeded financial hit. If you have the hardware, you can simply find a distribution you like, and install it. Whether this is for one machine, or 1000 machines, Linux will never bother you for a license key. 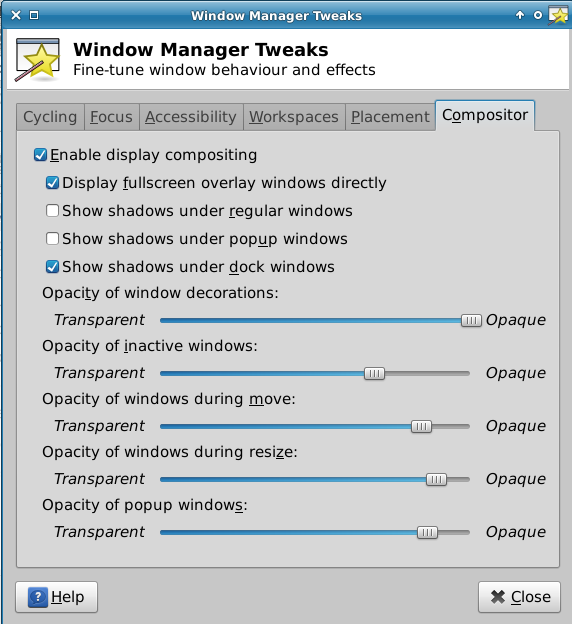 Linux is the dream operating system for someone that enjoys playing around with settings to fine tune their machine. Linux offers multiple desktop environments which completely change how desktop behavior is handled. Each of these have hundreds, or possibly thousands of settings so that a user can make their experience exactly how they envision it. This is contrary to Windows and macOS, which consists one one desktop with fairly limited customization options. Almost everything in Linux has a right click menu which allows for further customization. For the extremely motivated tweakers, there are also configuration files which allow you to modify almost anything on your system. A personal favorite tweak is a use of universal keyboard shortcuts. As an avid user of terminal, I’m able to launch terminal from anywhere with a single touch of a button.

Gaining a Better Knowledge of Computers

Linux features a terminal similar to macOS. Mastering the terminal allows you to tell a computer what you really want it to do. With terminal, you no longer have to rely on menus and clicking. Linux is an excellent choice to learn terminal commands because you will easily learn how to use it whether you need to fix something, or just due to the ease of access.

By using Linux, every user becomes aware of file permissions, and how they work. Users also become adept at using commands like top and ps aux to understand how processes work. Linux users also often learn to use commands like rsync to create backups. Finally, many users that delve a little deeper into Linux also learn about computer architecture, such as how operating systems work, and how storage devices are mounted.

Linux Has Some Amazing Software While Linux has a reputation for being incompatible with certain software, it also offers an enormous repository of software for its users. Many major programs such as web browsers like Google Chrome or Firefox are also available for Linux. Additionally, many programs have Linux alternatives that work just as well, or even better. Better yet, software on Linux is completely free too. You can get incredibly good productive software like LibreOffice for creating documents, and Okular for viewing pdf files.

Linux fits on small systems and large systems. It works on slow computers and fast ones too. Linux is engineered by efficiency-obsessed engineers that want to get every ounce of computing power out of their machines. Most flavors of Linux are designed to be lighter weight than their Windows or macOS counterparts. Linux also offers excellent utilization of computer hardware, as the operating system is built to efficiently handle resource management.

The storage architecture of Linux is built in a way where any dependency for a program never needs to be installed twice. All programs have access to any dependency that is already installed. However, in Windows, every program that you install needs to have all of its dependencies packaged with it. This often leads to programs having the same exact software packaged together and thus taking up more space on the harddrive.

Perhaps you have an older laptop, or maybe new cutting edge PC. A common problem for these types of hardware is a lack of drivers. Older computers often have hardware that is no longer supported by new operating systems, and new hardware occasionally plagued by buggy driver support. On popular distributions such as Ubuntu or Linux Mint, driver support for almost all hardware is provided. This is because the Linux kernel (or core) is designed to have these drivers, whereas Windows often requires them as a separate install. Additionally, Linux drivers are much more generic than Windows, which allows Linux to reach a broader spectrum of hardware, even if the driver was not designed for older or newer hardware in mind. Finally, Linux’s amazing hardware support is a product of its users. If you ever decided to dig around in the Linux kernel, you would find an enormous amount of very specific hardware drivers simply due to various Linux users over time. Unlike Linux, Windows does not have a way for an average user to create a driver for their hardware. Linux’s software and distribution model empowers users to create their own drivers if hardware is not supported.

Overall, Linux is a finely tuned operating system that deserves a look. With its many features, it is able to offer an experience tailor made to any user. You can reclaim control of your computer, and make it exactly the way you want!