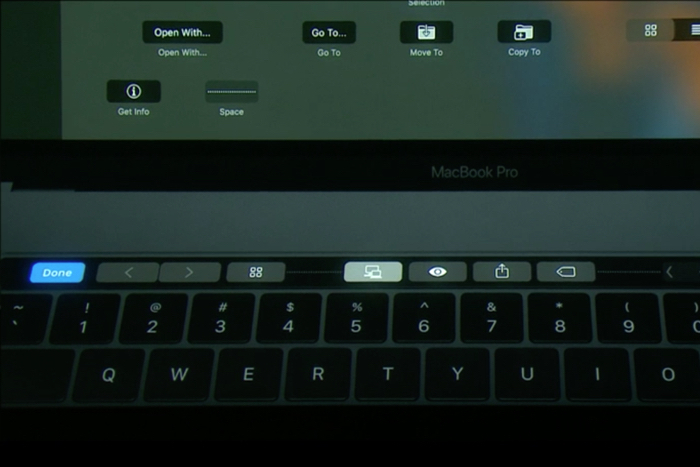 The first iPhones came out in 2007. At that time people had Blackberrys and Palm PDAs – phones that came physical keyboards and a stylus. These iPhones were immediately praised for its aesthetics, but criticized for its limited functionality. As development that expanded functionalities of these iPhones took off, so did the phone itself. After wrestling the market with traditional styled PDAs, iPhones and Androids began leaving its competition in dust.

Jump forward to today. The new MacBook Pros now come with a touch strip (marketed as Touch Bar) in place of the function keys that reside in the first row. While they haven’t gone away, Apple decided that a touch strip would enable a more dynamic style of computing. Of course, Apple detractors look at this as a sign that Apple is running out of ideas and resorting to gimmicks.

I recently got my hands on one of these MacBook Pros, and yes, there are obvious shortcomings. Though the computer is beautifully engineered and designed, it’s questionable that the Touch Bar itself isn’t high definition (or retina display, as Apple would’ve marketed it). As far as using it, it does feel a little weird at first, since you don’t get a tactile response as opposed to using any other key on the keyboard, but I’ve gotten used to it. There are also some minor design flaws that might be of annoyance, such as the volume and brightness adjustment bar not being the most intuitive, the fact that I’ve managed to press the power button a couple times when I meant to use the delete key, and that some functions that the Touch Bar is largely advertised for are sometimes buggy, particularly when scrubbing through a video – so much for Apple’s reputation when it comes to quality control.

But it’s obvious to see why Apple might envision the Touch Bar as the next evolution in laptop computing. It’s clear that they don’t believe in a laptop/tablet hybrid ala the Surface Pro – not even Microsoft themselves are buying into it as much. But the dynamism that the Touch Bar offers, or perhaps more importantly, has the potential of offering, is way more appealing. And though the Touch Bar may seem limited in terms of functionality and usefulness, it’s a little like the original iPhone: a lot of it depends on the software development that follows.