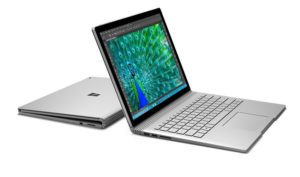 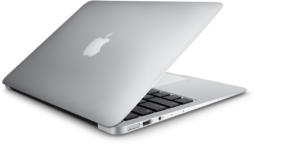 When it comes to portable devices aimed at a college going audience, not many products can really compare to the sleek and powerful MacBook Air and Surface computers, each fulfilling a similar role as per the design of Apple and Microsoft respectively.

While both computers are excellent, they’re quite difficult to choose between. Both are offered at similar sub two-thousand-dollar price points, and both are designed with portability and aesthetics as the major goals of the devices. However, there are a number of key differences which can be highlighted that can help to make the decision when purchasing one of these machines.

The form factors of each device are strikingly different, with some variation depending on the specific model purchased. The MacBook Air comes in both 11 and 13-inch variants, with the 13 inch boasting some spec increases to boot. Surfaces, however, are a little more varied. If you’re looking for the newest devices on the market (which I would personally recommend), you’re essentially deciding between the Surface Pro 4 and the Surface Book. 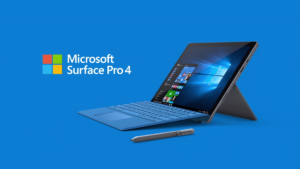 Either way, both Surface devices present one striking difference in terms of the interface; touch screen. Touch screen is a valuable tool to many that increases ease of use and productivity, especially when in an environment where a stable desk is unavailable. Furthermore, each device comes with a touch screen sensitive stylus, useful for things such as drawing diagrams and signing documents in a convenient fashion.

The difference between the Surface and the MacBook Air essentially boils down to what it is you’re looking for. If you want the more traditional laptop experience, while sacrificing the utility of a touch screen in exchange for a slightly more portable device, the MacBook Air may be what you’re interested in. However, if a tablet-style hybrid device is more your style (with the Surface Pro 4 airing much more on the side of tablet than the Surface Book), surface devices may be worth looking into. Either way, you’re getting an excellent portable workstation to fit whatever needs you may have.

When it comes to internal hardware, both the Apple and Microsoft options are surprisingly similar. Both the MacBook Air and the Surface can be configured with a variety of processors, the MacBook allowing either an i5 or a much beefier i7, while the Surface Pro 4 also allows for less powerful core m3 and i3 processors, the Surface Book however being locked to the previously mentioned i5 and i7 just like the MacBook.

For general use, an i5 is really all that the average person needs. However, if you plan on doing any sort of gaming on these machines (which is not recommended, due to the lack of a non-integrated graphics card in any the machines, with the only exception being the much higher end Surface Books), an i7 could be worth the extra money.

Basically; the m3 and i3 are basic processors capable of doing most anything the average user would need, perhaps slugging behind a bit when it comes to multitasking. The i5 is a much more capable chip for this, and if you really need the extra juice, the i7 will certainly get the job done.

Memory and storage are another important aspect of these devices. The MacBook Air can be configured to have up to 512gb of extremely speedy flash-based storage, as well as up to 8gb of internal memory. Unless you’re someone who has literally thousands of photos on their computer, this should definitely be enough for the average user in terms of storage. Furthermore, 8gb of memory should definitely be enough, and will only ever begin to slow you down in the most demanding of multitasking scenarios, such as rendering video for an editing project.

What this boils down to is that, depending on how much you need, the Surface Book could be your best option for mass storage. If 8gb of memory just isn’t enough for you, and you have over 500gb of files that you need stored, the high configurations of the Surface Book may just be your only option, as the MacBook Air only has a few options.

However, for most people, I would say that each device is about equivalent in terms of storage and memory. I wouldn’t let this bother you too much when picking your device, as external drives are always a way to expand storage, and more than 8gb of memory really isn’t necessary for most users.

To conclude, there’s one more category of discussion that needs to be touched upon: price. 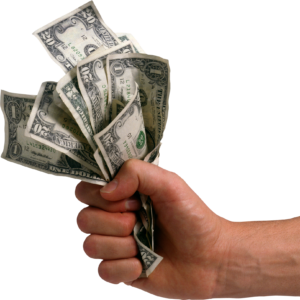 Surfaces, however, range quite a bit. You can get yourself a minimum configuration Surface Pro 4 for about 900 dollars, just like the MacBook, with the only difference being that the Surface Pro 4 is configurable to up to an 1800-dollar machine.

If you’re interested in a Surface Book, expect to pay about 1200 dollars for the cheapest configuration, with its options ranging up to a shocking 3000 dollars for the model with a 1tb solid state drive built into the machine.

Whichever device you get, all of them fulfill the same basic role: a sleek, powerful, portable device with productivity in mind. If I were to buy these devices, I’d either go for the 1200 dollar MacBook Air configured with an i7 processor and 8gb of memory, or the 1200-dollar Surface Book. While this Surface Book configuration does require you to use an i5 instead of an i7, the addition of a touch screen and stylus definitely win back the lost value.