Never heard of Google Nexus? You are not alone. Most people have never heard of it because Google is not big into advertising the Nexus or making deals with cellular companies. However, if you meet someone who has heard of it or has a Nexus, chances are they are extremely loyal to it. 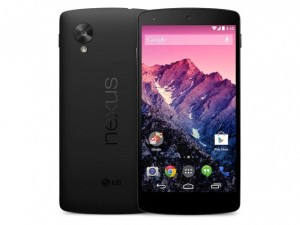 The Google Nexus is a line of phones and tablets that are sold by Google and made by various companies. The Nexus is superior to other tablets and phones for several reasons. The software is pure Android, the hardware is advanced, and the price is always very low compared to similar technology on the market. There is also a certain amount of pride to be an owner of a Nexus.

The operating system is Android, however, most companies take the operating system and change it to include the company’s (i.e. Verizon and Samsung) proprietary applications. You know those annoying apps that you never use and cannot delete? Those are not present on pure Android. Every app, except those essential to the operating system, is deletable and fully in control of the user. Most importantly, it is a lot harder to run out of space on your phone or tablet. Pure Android is fast without the extra software.

The Nexus phones are also guaranteed operating system updates for two years, and security updates for another year. The Nexus owners are the first to get the new Android versions, which makes their device the most up-to phones and tablets in the market.

The hardware for the Nexus devices is, in many ways, superior than any other similar device from the same year. The Galaxy S4 came out the same year as the Nexus 5 2013. They are similar in size, weight, and screen quality. They are some of the first phones to obtain wireless charging. The S4 has a slightly better camera and the Nexus 5 has a slightly better processor. They’re hardware specifications are essentially the same. However, the Samsung costed $699 (MSRP) and the Nexus costed $350. Two great phones at very different prices. More about the specifications are at: http://www.phonearena.com/phones/compare/Google-Nexus-5,Samsung-Galaxy-S4/phones/8148,7597 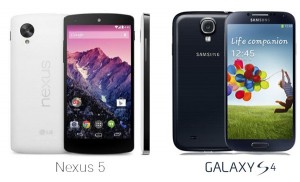 Almost every fall includes a new Nexus phone or tablet. If you are looking for the latest technology with software and hardware, look no further than the Nexus that comes out every fall. Looking for a phone or tablet that is the most up-to-date with security at a reasonable price? A Nexus is very likely to have what you need. Many companies use the phone to test their apps and use it as a model on their websites. This goes to show that this phone is the ideal environment for most Android apps. Pure android matched with good hardware and a good price makes for my favorite smart phone on the market.