Game Development? Where do I start?

First, let me give you the bad news: in order to make a decent game, you have to be a strong programmer. Now for the good news: in order to be a strong programmer, you need to make a game. Everyone has to start somewhere in game development and I recommend starting with a free program called Unity, a powerful cross-platform 3D engine. Unity is not only limited to creating 3D games, but it is also a great program to use to make 2D games as well. The interface and Unity projects might be overwhelming at first glance; however, in reality, learning Unity is no harder than learning ImpactJS or Phaser. Unity already has many tools that make it user-friendly and easy to understand: even for non-programmers. In fact, there are many online tutorials to follow and duplicate. You can find easy to read and short tutorials at the following link: https://unity3d.com/learn/tutorials. What Else Does Unity3D Offer Outside of Programming? Intro to Assets

In order to import visual aesthetics into your game, you would need to use other resources, besides code. This is where building a team makes it easier to obtain different resources faster, so you can start implementing the game’s functionality. Some resources include 3D models, textures, materials, audio, fonts, sprites, etc. Besides basic 3D objects, such as spheres and cubes, Unity cannot create these assets. There are 3D models, characters, textures, sound effects, music, tools, and even scripts for purchase or download on the Unity Asset store; some downloads are even free! To make your own assets, you could use third party programs, such as:

Free 3 year student license for 1 and 2

FilmBox SDK (3) can be used with autodesk’s 3D software and other third party software.

The Adobe programs listed (5, 6, and 9*) are discounted through Adobe Campus Agreement for eligible UMass members http://www.it.umass.edu/support/software/adobe-campus-agreement-low-cost-software-personal-use

Once you have your assets, how do you implement them into your game? Scenes are where you could import your project assets and arrange them to make levels and game screens. On the right, there will be a Hierarchy panel, in which you can order your scenes. In the Project panel, you can create and maintain your assets so you can put them into your scenes.

… So What’s the Programming Bit? Scripting!

Finally, we have our static 3D models, materials, and textures; however, now we need them to have behaviors in order to make the game playable. Unity supports three different types of programming languages: C#, JavaScript and Boo (Boo is similar to Python). You can use whichever programming language you are most comfortable with. To create a new script, such as a C# script, you will need to follow the following steps:

I’m Ready To Start Making Games With Other People! Where Do I Go?

You can start programming anywhere, at any time. Some places where you could practice your skills with partners, or with new faces, are at hackathons, game jams, or similar events such as QuackHack and Global Game Jam. Major League Hacking, MLH, also hosts many hackathons across the entire United States, and also in Europe. 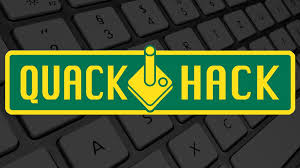 Now that you know how the basics of Unity3D, you can start following tutorials and create the games you’ve always dreamed of making! Make sure to check out these resources listed below