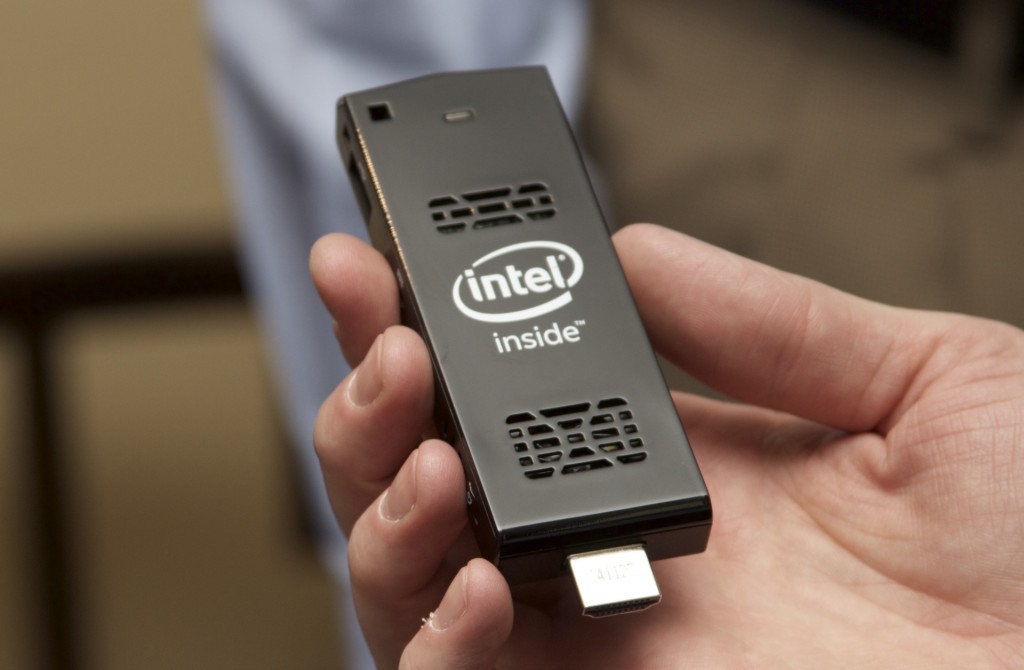 The world’s first electronic computer, the ENIAC, is probably bigger than the room you are sitting in now, and caused mini-blackouts whenever it was in use. That was back in 1946, and 69 years later, Intel has released the Intel Compute Stick, a computer that’s light years faster than the aforementioned monstrosity, small enough to disguise itself among a pile of USB flash drives, and runs on so little power that it adds maybe 2 cents to your next electric bill.

At the price of $150, the Compute Stick runs Windows 8.1 or Ubuntu, has a respectable 32GB hard drive, 2GB RAM, wi-fi, USB, the goods. It is meant to be a fully functioning computer, and setting it up includes plugging the stick to a USB port for power, and the stick itself to a HDMI port on a TV or monitor.

You cannot help but feel a little astonished at how much Intel was able to pack into such a small package. Yet the first rendition of the Intel Compute Stick has so far been met with a fairly uniform reaction: fantastic idea, iffy execution. Turns out the Compute Stick was too small for its own good: it needed an HDMI monitor to be of any use; there is only one USB port to be used between a mouse, keyboard, and other peripherals; and since the Compute Stick is so low powered, it cannot reliably power both Bluetooth and Wi-Fi at once.

So despite its tablet-grade specs and ability to run Windows 8.1, the Compute Stick falls short of being a justifiable PC replacement. A lot of the Compute Stick does not scream “practical”; instead it looks to please the very small niche of users who simply want a plug and play device that can handle browsing the web and streaming Netflix. It will probably explode if you run GTA V, though.