Smartwatches are a type of wearables that is starting to rise in popularity. They have been around for a while with devices like the Samsung Gears and Sony Smartwatches but no one really bothered to buy one. In 2012, however, a kickstarter campaign called Pebble appeared which got people to start thinking more seriously about buying a smartwatch. More recently came the Android Wear devices starting off with the Samsung Gear Live, LG G Watch, and Moto 360, and now to be released is the Apple Watch. Throughout the release of these smartwatches, everyone has been looking forward to figuring out how a smartwatch should function. Here we’ll be looking at how each smartwatch works currently.

So far the features of a smartwatch include apps, changeable watch faces, and the ability to display notifications that are from your smartphone.

Pebble at $100 is currently the cheapest smartwatch on the market. Although it isn’t packed with fancy features such as a color touch screen or speakers, it does its job as a smartwatch. The focus of Pebble is the ability to see notifications on your phone from your wrist. Pebble even stores recent notifications so you can look back to them if you accidentally dismiss them. On top of that are a great variety of apps that can be used on the Pebble. Apps such as weather, calendar, controllers for apps or smartphones, games, and much more. Pebble works on both iPhones and Android devices. The Pebble can last up to 7 days on one charge making it the longest lasting smartwatch to date. Overall, it’s a simple smartwatch that isn’t packed with the fancy features of other smartwatches, but it definitely does its job and lives up to the “smart” part of being a smartwatch.

Pebble Time is an upcoming watch featuring a new OS called Timeline. The new OS streamlines information by allowing users to scroll through information such as weather, news, etc. The Pebble Time also features a 64 color display without compromising the battery life and a microphone for dictating replies to messages

Android Wear has recently emerged into the scene offering color touchscreen displays, integrated Google Now, and for some devices circular displays. Android Wear watches can go from $199 to $300 and works with most Android version 4.3 and up devices. Android Wear is the same Android that runs on Android devices but with a different UI to work like a watch. This enable apps that run on Android devices to potentially run on Android Wear devices. Even so there is a growing number of apps for Android Wear, one including a music player app that allows you to play music straight from the watch as long as its paired to a Bluetooth speaker or headset. Android Wear shows your notifications from your phone and can be easily dismissed on both devices with a swipe. It also can display various information through Google Now’s card system. Android Wear is fairly new and flexible so even if there currently isn’t much it can do, in the future it can adapt to be better.

Apple Watch is a new smartwatch from Apple. It is projected to cost $350 and comes in many different models that feature different material builds and design for both the case and band of the watch. Along with a touch screen, the Apple Watch has a button and digital crown (or dial) on the right side of the smartwatch. The Apple Watch connects to only iOS 8 and up devices or in other words, iPhone 5 and newer. The Apple Watch features notification with the ability to do quick replies or gestures to dismiss them, the ability to answer calls and talk using the watch, and, of course, Apps to work independently or collaboratively with your iPhone. 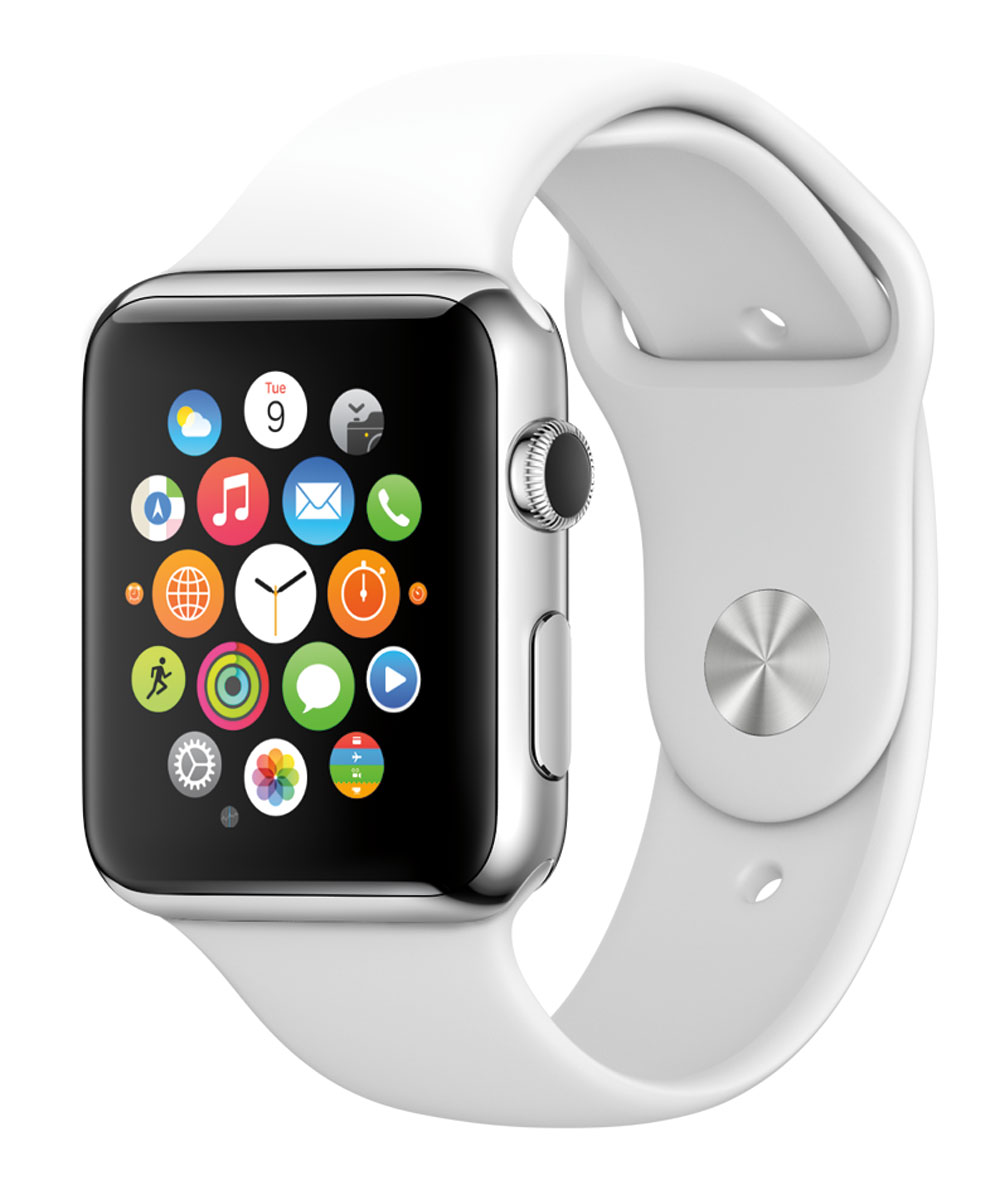