The most interesting thing about Amiibo is that they come equipped with an interesting piece of technology; the Amiibo can be scanned in using the Wii U Game Pad and be fought against as a artificial intelligence! The Amiibo, once first scanned, starts off as level 1 and is frankly, very mediocre. It will stand there and be a punching bag, but it will slowly gain experience and levels, which is where the Amiibo’s AI becomes interesting.

As the Amiibo gains levels, it begins to adapt and learn new techniques, particularly against the user fighting against it. If it notices you like to run in wildly, it will adapt, and systematically destroy so precisely it would make HAL 9000 shed a tear. The Amiibo will continue to grow becoming more powerful, until level 50, at which it will not become stronger, but can still adapt and learn new strategies. The Amiibo adapts according to what it’s fighting. If it notices it’s opponent is staying at a distance, it will sit back and use projectiles, if the opponent is playing head on aggressive, the Amiibo will wait for it’s opponent to perform an attack, dodge it and retaliate with it’s own, well-timed attack.

I can hear you tell me, “but how good can these Amiibos even be? Smash Bros. isn’t even a traditional fighting game! Without the AI cheating, a top level human player can easily beat them!” You’re not wrong, but the Amiibos are certainly very intelligent. In November, a double-elimination tournament was hosted in Richmond, BC (Canada) and the officials allowed the entrance of an Amiibo for the character Fox McCloud. Laughter quickly turned to tears as the AI blasted through the bracket of this tournament. Eventually, the AI was dropped into loser’s bracket and finally being eliminated by a contestant with the handle Firefly, who was also a professional at Super Smash Bros. Brawl (the previous installment of Super Smash Bros.). The Amiibo, in the end, took 5th place, taking a professional player of the game to be beaten. 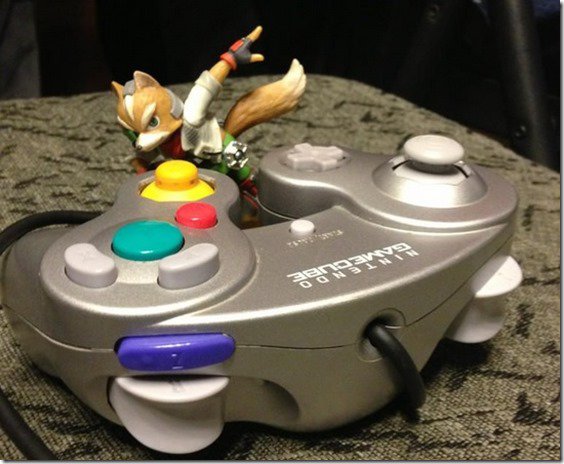 A picture taken from the tournament. The Amiibo was placed like this every match it played.

Amiibos are available for purchase at most retailers for electronic goods and are at an MSRP of $13. Even if you don’t want to use them in a video game, their a great collectible of iconic Nintendo characters! Just remember, these can become perfect fighters, and when you lose, “It can only be attributed to human error” – HAL 9000.

Side note: sometimes Amiibos are produced with defects, but this is not necessarily a bad thing. Recently a Samus Aran Amiibo was found with cannon on each arm (leaving it with no hands), when only the right arm should be a cannon. As silly of an error this is, it was actually sold on eBay with a winning bid of $2,500 (link to auction results). Many other silly defects have been found, such as Kirby with a squished face, Marth with two swords instead of one, and even Princess Peach with no legs.