To borrow a definition from MIT, affective computing is computing that relates to, arises from, or deliberately influences emotion or other affective phenomena. Anything that recognizes, analyzes, simulates, or interacts with human emotion generally falls under this term. Does it sound a little far-fetched for your computer to understand your emotions? Well, it may not be. There is already software that can understand emotion based on facial expression or voice intonation. In fact, a quick search should give you many, many different programs that do this.

What does this mean for the future of technology? Well, a lot of things. There are so many ways that affective computing could impact us and our world, that I couldn’t go over all of them if I wanted to. I probably couldn’t even think of all the ways that technology will change as affective computing advances. Imagine your personal assistant (like Siri, or Cortana) being able to tell when you’re stressed, and recommending a date and time that you could go get a massage. How about an online “tutor” that can tell when you’re getting frustrated, and change the way the website is presenting the information to you? Or having an android that can read emotions and respond in a human-like emotional way?

While the benefits of such software could be huge, there are always ethical concerns as well. Emotion manipulation isn’t something humans usually look at in a good light. When Facebook manipulated our emotions, the backlash was severe. If a program starts manipulating our emotions as a feature, that might not go over so well either. Emotions are powerful things, and affect everything from how you learn to your physical state.

A new way to look at affective computing has emerged recently, and it involves biofeedback. Recognize that term from biology class? Biofeedback basically means that you’re using biological cues to determine what to do next. One high profile case of this is an upcoming horror game called Nevermind.

Starting as a thesis project at USC, Nevermind has a full level out ready for gameplay already. The project has been using sites like Kickstarter to get funding, and has already gotten a lot of attention. Nevermind uses a heart rate monitor to tell how stressed and afraid you are, and alters the game appropriately. The higher your heart rate, the more intense the games gets, and if you can’t get your fear under control it might not be too long before you find your character dead.

If you don’t want to shell out the $70 dollars for a heart rate monitor and USB dongle that the game developer recommends, you can still play Nevermind. As their site says, “In the absence of hardware technology, we use secondary responsive cues (such as camera 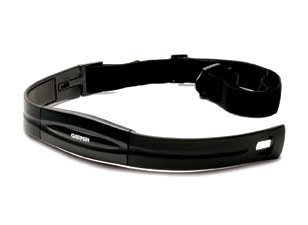 and player movement) to emulate the biofeedback experience.”

Ambitious, isn’t it? Well, apparently it works. An interesting secondary goal of this game (other than entertainment value and scaring your brains out) are the therapeutic applications. The basic idea behind that is if you can learn to control your stress and fear in the game, you can learn how to outside of the game. Nevermind gives you an outlet for practicing deep breathing techniques and other things that produce a state of calm – mostly because the games requires it. The game developers think the applications will be pretty vast as well – “One exciting facet of Nevermind is its potential to serve as a full-fledged therapeutic tool for those who suffer from issues – mild or severe – relating to stress, anxiety, PTSD, or other similar conditions.”

As we experience the rise of affective computing, we can hope projects like Nevermind can pave the way for fun and helpful programs – and keep us off of the ethical gray areas. The more that affective computing works its way into our lives, the more we’ll have to face questions of right and wrong and where we need to draw lines. Who knows what the future will bring? For now, we can look forward to some very interesting video games.