For a quick and easy effect in Adobe Illustrator, the Image Trace feature offers a way to convert a photo or similar image into a vector trace of colors and shapes. To begin, paste a photo or image you would like to trace into an illustrator file and go to “Window > Image Trace” 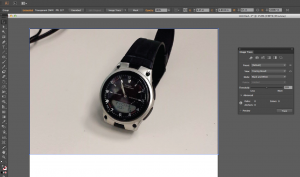 While the picture is selected, choose an option from the Image Trace window under preset. Here, I have chosen 6 Colors. 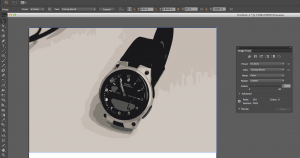 You can also choose black and white under “Mode” to make a quick silhouette of your image. Additionally, the threshold slider will change what the output looks like. Click on the “advanced” drop down to alter the number of paths and corners as well and see how the trace changes. Here are two outputs with different thresholds. 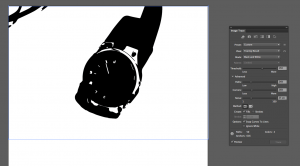 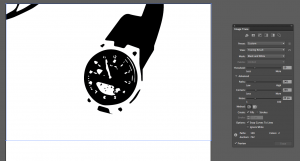 You can change the range of how many colors the image has when you are doing a colored output. Select mode “Color” and change the range options which will appear. Using a high number of colors will produce what looks like a painting, as opposed to the low 6 color output shown earlier. 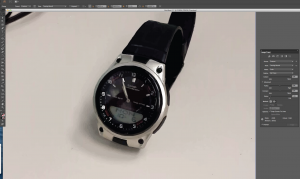 Image Trace can also be used to turn a logo into a vector object. This is a quick way to go about this, and a much better way would be using the pen tool, however if you’re in a rush and need to scale a low resolution jpeg up into a bigger image, this can be helpful. To start, here’s a logo which has a pretty poor resolution. 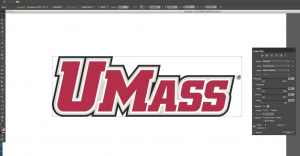 We can Image Trace the logo and clean it up a bit. 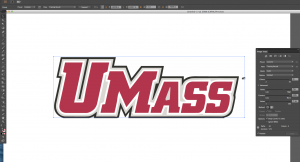 It’s not perfect, but it’s a good starting point and this utilization of image trace can come in handy, even if you have a low resolution photo and need to use it in something you’re designing, an image trace will hide the poor quality of your original photo and give it more of an artsy look.