Following the shape tools is a menu which offers several tools for creating different types of lines and strokes. 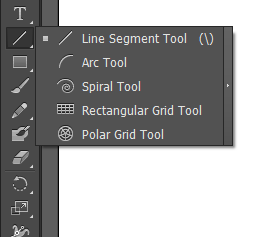 One of the most useful tools in this menu is the Line Segment Tool. This tool is used to draw straight lines, which can be thickened or thinned with the Stroke property we saw in the last tutorial. Hold shift to automatically align the stroke to eight different angles, the standard 90 degree angles plus the diagonal halfway points in between each. 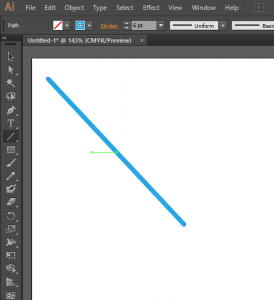 There’s not much else to it as far as the line segment tool is concerned. Up next we have the Arc Tool, which is used for creating curved lines. 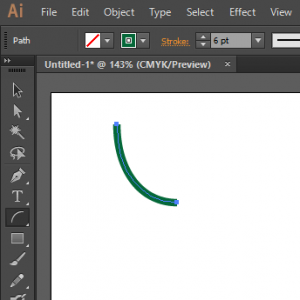 When using this tool, drag the line around to curve at different angles. Pressing the up and down arrows on your keyboard will increase and decrease the height of the angle. This will craft the shape to look more like this, depending on the direction you choose. 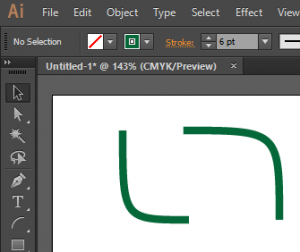 With the spiral tool, we are also able to use the up and down arrow keys to alter the stroke. For this tool, the further down you press, the shorter the spiral becomes, while pressing up will move the spiral further inward. From left to right, we see the line change as the down key is pressed.

Up next is the Rectangular Grid Tool, which looks like this. 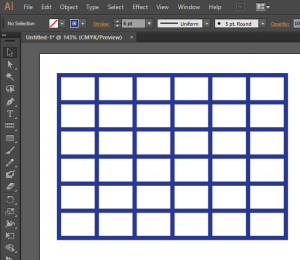 This tool also makes use of the arrow keys. While drawing the shape, the up and down arrow keys will alter the number of horizontal lines, while the left and right keys will change the number of vertical lines. This can be a particularly useful tool if you need to draw a bunch of equidistant horizontal or vertical lines, or would like to construct a grid pattern for a design. 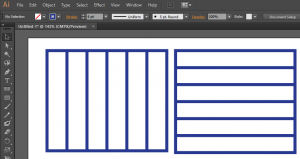 The last line tool in this menu, very similar to the rectangular grid tool, is the polar grid tool. This tool will create an ellipse with further elliptical lines filling inside of it, and straight lines that cut the shape up into pie pieces. The up and down arrow keys increase the number of inner circles, while the left and right keys increase the number of straight lines. Both options can be brought down to zero, which means if you want a series of circles filling each other, or an equidistant pie chart shape, this tool can be of great use. Here are a few examples of the polar grid tool in action. 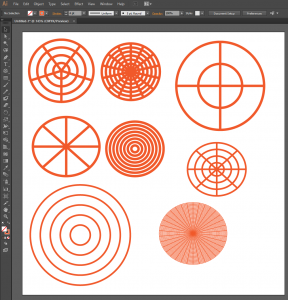 And those are the basics of Adobe Illustrator’s Line Tools.