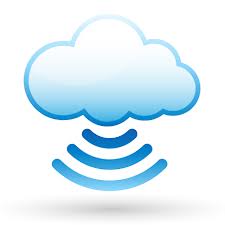 Cloud Computing is becoming increasingly popular among both businesses and consumers; but what is the “Cloud” and how does it work?

A Cloud Computing System can be divided into two parts: the Front End and the Back End.  The Front End consists of either a user’s computer or a network of computers connected to the Internet.  The Back End is comprised of many different servers, computers, and storage databases that are all interconnected; these components, functioning together as a whole, form a “Cloud”.  A central server exists to administer the entire system, constantly monitoring it to prevent failures.  All these different components interact and communicate with each other through the Internet, forming a web of inter-connected, redundant devices.

The two primary uses of the “Cloud” are for storage and computing.  The difference between the two can be clearly illustrated with an example.  Google Docs uses Cloud Computing to allow multiple users to edit the same document simultaneously, but also uses Cloud Storage to operate Google Drive.  With Cloud Storage, data centers house storage systems that are composed of hundreds of data servers, connected to the Internet of course.  A cloud client can then use the Internet to send a file to a data center which copies the file and stores it on multiple servers with different power supplies; this is done to provide a backup of the client’s data while also guaranteeing access to the data in the case of server failure.

There are many advantages to using the “Cloud”, especially for businesses.  By implementing Cloud Computing, a company would be able reduce the need for physical space that was previously used to house their own servers.  It would significantly reduce the hardware necessary for clients; in other words, a user would only need a monitor, peripherals, and the basic processing power required to access the cloud.  This would allow individuals to access and use the entire network’s processing power rather than rely on their own machine.  Finally, businesses could reduce the 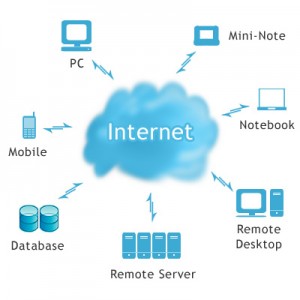 need for IT support, and instead migrate the technicians to the Back End of the system managed by a third-party.

For an individual consumer, the “Cloud” offers essentially infinite storage, depending on how much money you’re willing to invest.  There are numerous advantages to using this system, the most relevant being that your data is retrievable from any computer with Internet access.  With Cloud Computing and Storage, a user can have remote access to applications and can download personal data on any machine at any time.  You can even grant other people access to your data, such as sharing a file on Google Drive.

The “Cloud” has the potential to change modern computing as we know it; as a result, we must address growing concerns as well.  In this industry, the success of a company entirely depends on serving the user’s needs.  This requires maintaining stable servers and network systems.  Clients using this service need their data to be securely stored, either by encryption, authorization, or authentication.  Not only is privacy a concern, but reliability is necessary for a company’s success as well.  If having the ability to access data from anywhere at anytime is the primary advantage, then the servers cannot, and will not, fail.

Cloud Computing is believed to grow exponentially in the next few years; the “Cloud” has the potential to change businesses, and it’s impact will be global.  Soon, it will be more expensive for a company to maintain in-house servers than it is to simply outsource computing and data storage to a third-party provider.  In the future, migrating to the “Cloud” may be the only way to meet a business’s demands.